Youtheatre productions offer a unique opportunity to engage students from PreK through 12th grade in the performing arts. Whether they are historical, cultural, scientific, or literary, Youtheatre productions that are educationally augmented with Teacher Resource Guides, inspire creative learning opportunities that enhance Illinois Priority Learning Standards and achievements. A Youtheatre field trip is the perfect way to infuse your school’s curriculum with empathy, imagination, and high-quality performing arts presentations.

Accessibility & Inclusivity
Please be aware that during a Youtheatre performance your students may be seated alongside students from other schools. Our Youtheatre audiences are very diverse, and represent a range of ages, grades, school districts, and personal backgrounds. Some may have attended the theatre many times, while for others, this may be their first theatre experience. Additionally, every year the North Shore Center is proud to host students with a range of physical disabilities, as well as cognitive differences during Youtheatre programming. We ask all our patrons, young and old audiences alike, to practice good theatre etiquette, and to be patient, respectful, and welcoming to all audience members attending the performance. We thank you for your compassion and commitment to making the arts accessible to all audiences. 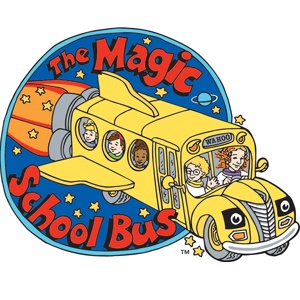 Hop on the Magic School Bus for a ride in this new musical! When the class gets lost on the way to the planetarium, Ms. Frizzle saves the day by blasting into outer space for an epic interplanetary field trip! But when rivalries both old and new threaten to tear the students apart, our young heroes must learn to pull together or risk getting forever lost in the solar system. 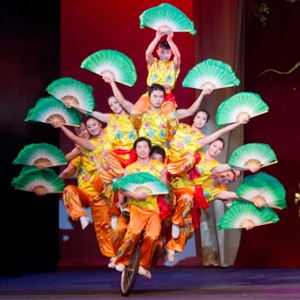 The Peking Acrobats have been called “incredible,” “breathtaking,” “stunning,” and “quite unbelievable,” to quote but a few of the critics. As a special treat for the fans of THE PEKING ACROBATS, this all new production now features performers from THE SHANGHAI CIRCUS to create a very special Chinese Acrobatic extravaganza unlike any other!

The amalgamation of THE PEKING ACROBATS and THE SHANGHAI CIRCUS offers the unique talents and the very best of both shows, suitable for playing arenas and concerts, fairs, theme parks, festivals, special events and corporate events, and casinos in North America and the world over. With the addition of fresh elements from THE SHANGHAI CIRCUS, the amalgamation of their incredible talents brings a whole new dimension to the ancient artistry of Chinese Acrobatics!

THE PEKING ACROBATS with THE SHANGHAI CIRCUS offers more than a glimpse into the fascinating traditions of the Orient. It consists of sensational Chinese acrobatics, comedy, balancing feats, and much more. A truly Oriental spectacular and a show for all ages, the grace and precision of the acrobats are the triumph of years of dedicated training and discipline. Chinese Acrobatics are, in fact, more than just a series of stunts. Most of these acts clearly demonstrate the achievement of perfection through finding harmony between mind and body – an ancient concept in the Orient. The art form has been transformed from its simple “folk art” roots to the spectacular entertainment event we see today, by centuries of tradition.

THE PEKING ACROBATS new partners, THE SHANGHAI CIRCUS, have been entertaining audiences of all ages for over thirty years in the United States including two six-week Broadway engagements. Recognized as being among the best acrobatic shows that introduces young people to the magic of theatre, these acrobats were awarded Best Variety Show in Branson, MO, due to their continual demonstration of the highest caliber of professional, trained athletes, jugglers, and contortionists. Their acts often trace their origins to traditional harvest festivals down through the centuries. It is no wonder the New York Times reported, “THE SHANGHAI CIRCUS is providing entertainment in abundance!”

The tremendous response of the audience is a testament to the popularity of their unique brand of artistry, which transcends time to delight people of all ages. 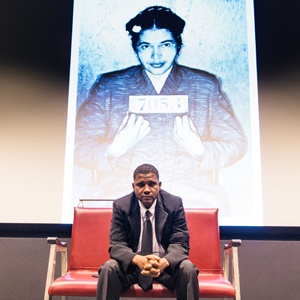 Tired Souls begins in Montgomery, Alabama on December 1, 1955—the day Rosa Parks refused to give up her seat on a city bus to a white man. Her determination was the catalyst that inspired Montgomery’s black citizens to abandon all travel on city buses until they were no longer forced to sit in the back or stand when a white person boarded. But there were others who came before Mrs. Parks and laid the groundwork for this pivotal moment. Tired Souls introduces audiences to Jo Ann Robinson, Claudette Colvin and others instrumental in pushing the civil rights movement and changing the course of U.S. history forever. 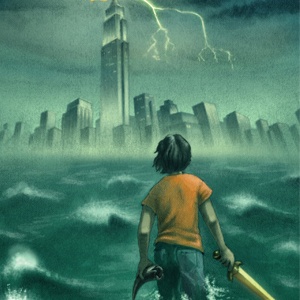 In this adaptation of Rick Riordan’s best-selling children’s novel, Greek mythology comes to life. The mythical monsters and gods of Mount Olympus seem to be walking right out of Percy Jackson’s Greek mythology textbook. Percy is a good kid who can’t seem to focus on his schoolwork or control his temper. Upon learning that he is the son of the Greek God Poseidon, he sets out on a quest to reach the gates of the Underworld and prevent a catastrophic war between the gods.

Single tickets to The Lighting Thief on Friday available here

Plus: Family shows on Saturday, April 22nd 11am & 2pm – Click here for info and tickets!

If you would like to see more Youtheatre programming like these, please consider supporting the North Shore Center.