North Shore Center for the Performing Arts in Skokie has been closely following the public health situation surrounding the COVID-19 virus and the State of Illinois mandated cancellation of events of 50 or more. Following this official mandate, we are cancelling YOUTHEATRE performances at the North Shore Center up to April 30. Most of our area schools are closed until March 30 or after spring break in early-April. We will monitor official guidance and make a determination at a later date regarding YOUTHEATRE events on and after April 30.

We will immediately send email notification to school group leaders if we cancel or confirm a new date. If we are unable to reschedule, we will provide a full ticket refund. We apologize for any inconvenience.

Youtheatre productions offer a unique opportunity to engage students from PreK through 12th grade in the performing arts. Whether they are historical, cultural, scientific or literary, Youtheatre productions that are educationally augmented with Teacher Resource Guides, inspire creative learning opportunities that enhance Common Core standards and achievement. A Youtheatre field trip is the perfect way to infuse your school’s curriculum with empathy, imagination, and high quality performing arts presentations.

Accessibility & Inclusivity
Please be aware that during a Youtheatre performance your students may be seated alongside students from other schools. Our Youtheatre audiences are very diverse, and represent a range of ages, grades, school districts, and personal backgrounds. Some may have attended the theatre many times, while for others, this many be their first theatre experience. Additionally, every year the North Shore Center is proud to host students with a range of physical disabilities, as well as cognitive differences to Youtheatre programming. We ask all our patrons, young and old audiences alike, to practice good theatre etiquette, and to be patient, respectful, and welcoming to all audience members attending the performance. We thank you for your compassion and commitment to making the arts accessible to all audiences. 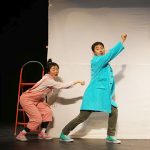 Join Yao on her ingenious journey to find out what’s waiting for her at the end of an accidentally pulled thread from her dad’s work overcoat. Yao Yao is a playful blend of reality and imagination, using interactive screen art technology and live music. 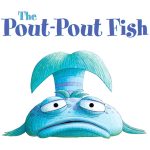 Turn the poutiest of frowns upside down in this new musical featuring whimsical puppets and live performers in a sweeping oceanic adventure. When Mr. Fish sets out on a quest to find Miss Clam’s missing pearl, he discovers there is more to him than his permanently plastered pout. 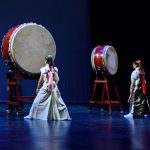 The unmistakable sound of Taiko (Japanese drums), once heard only at seasonal festivals and temples in Japan, reaches a new dimension of community engagement. Tsukasa Taiko celebrates a mission to preserve and pass on the traditional concepts of taiko as a cultural legacy and to utilize these concepts in expanding and evolving the taiko form. 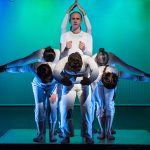 Theater Unspeakable recreates the story of America’s Apollo 11 lunar landing with seven actors that squeeze onto a 21-square foot stage nearly as tight as NASA’s original Mercury capsules. Using only their bodies and their voices, this astounding troupe of actors brings to life one of the most daring times in the history of human exploration: The Space Race. 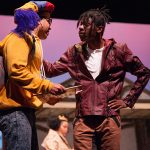 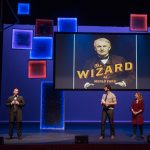 The two-time Emmy-winning Saturday morning show comes to life in a new production. Like the award-winning TV show, The Henry Ford’s Innovation Nation – Live! will inspire students with entertaining and educational stories about yesterday and today’s visionaries and innovators—highlighting major turning points in the past and present that influenced the fields of science, technology, engineering, math, the environment and social justice. 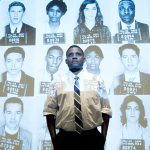 May 24, 1961 was the day nineteen-year-old Jean Thompson’s father had prepared her for her entire life. On that day, she boarded a Trailways bus in Montgomery, Alabama with eleven other young Freedom Riders bound for New Orleans—and history. Within three months, approximately 300 other riders took up the mantle to desegregate buses, following the path of the first brave few. Mobs bloodily assaulted many. Others were arrested shining a light on a brutal, segregated South.

Muntu is the largest African dance company in the United States. The company is highly-regarded for its innovative repertory and preserving traditional African dance while creating electrifying new works that build on African, Caribbean and African-American cultural traditions. 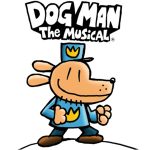 Dog Man: The Musical is a hilarious new production based on the worldwide bestselling series from Dav Pilkey, the creator of Captain Underpants. Best buds George and Harold have been creating comics for years, but now that they’re in 5th grade, they figure it’s time to level up and write a musical based on their favorite character, Dog Man, the crime-biting sensation who is part dog, part man, and ALL HERO!!