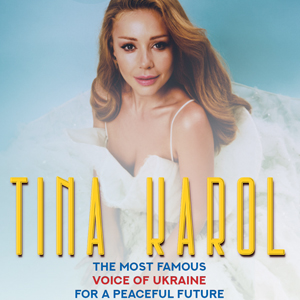 Tina Karol, one of the most awarded artists in Ukraine, whose songs have become a soundtrack to the fate of millions of Ukrainians, has announced a new North American tour. Seattle, San Francisco, Denver, Los Angeles, Dallas, Chicago, Miami, Washington DC, New York, and Toronto will enjoy Tina Karol’s solo concerts, where musical revelation will inspire hope and highlight the importance of cohesion in difficult times. Tina Karol’s solo concerts are for charity. Artist’s proceeds will benefit “Polyus Tyazhinnia,” which has been supporting all children’s cancer hospitals in Ukraine since 2014. With the outbreak of a full-scale war, the foundation continues its work, providing medical care to children who are now holding a double blow: fighting the disease and for a peaceful life.