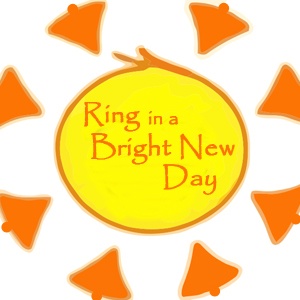 Ring in a Bright New Day

Theater Wit’s Ring in a Bright New Day cabaret will take you on a powerful journey from the dark days of the past into a bright future ahead.  Your favorite Broadway songs are set in a new context, for an unforgettable concert.  You will delight in Broadway musicals: everything from Rodgers and Hammerstein to Disney to Spamalot. Starring Chicago musical theater favorites: Ryan Stajmiger, Cory Goodrich, Sarah Hayes, David Sajewich, Heather Townsend, and Jonah D. Winston, the evening is under the direction of Mercury Theater Chicago award-winners Walter Stearns and Eugene Dizon. This will be a special concert to remember!

Song Selections
I’m All Alone from Spamalot by Eric Idle and John DuPrez | When the Earth Stopped Turning from Elegies by William Finn | Patterns from Closer than Ever by Richard Maltby and David Shire | March of Time from Closer than Ever by Richard Maltby and David Shire | Bear Necessities from Jungle Book by Richard and Robert Sherman | Book Report from You’re a Good Man Charlie Brown by Clark Gesner | Big Ass Rock from The Full Monty by David Yazbek | Be On Your Own from Nine the Musical by Maury Yeston | I Wish I Could Go Back to College from Avenue Q by Richard Lopez and Jeff Whitty | Stars from Les Misérables by Claude-Michel Schönberg, Alain Boublil and Herbert Kretzmer | Out There from The Hunchback of Notre Dame by Alan Menken and Stephen Schwartz | Cabaret from Cabaret by John Kander and Fred Ebb | Oh, What a Beautiful Morning from Oklahoma! by Richard Rodgers and Oscar Hammerstein II | Just in Time from Bells Are Ringing by Jule Stein, Betty Comden and Adolph Green | Infinite Joy from Elegies by William Finn | Our Time from Merrily We Roll Along by Stephen Sondheim | Back to Before from Ragtime by Stephen Flaherty and Lynn Ahrens | Make Our Garden Grow from Candide by Leonard Bernstein and Richard Wilbur | please note: program is subject to change

About Theater Wit
Theater Wit is the premier smart art theater in Chicago, producing humorous, challenging, and intelligent plays that speak with a vibrant and contemporary theatrical voice. Theater Wit seeks to be the hub of the Chicago neighborhood theater scene. They bring together Chicago’s best storefront theater companies. Audiences will find a smorgasbord of excellent productions, see the work of a parade of talented artists, and mingle with audiences from all over Chicago.

Since the founding of Theater Wit in 2004, they’ve built an organization based on laughter, empathy and relevance, and done it with an innovative approach toward artistic and organizational processes. Theater Wit’s values perfectly capture the particular relationship they want to forge with their audience. Theater Wit asks audiences to unlock their compassion through laughter; to maintain an agile wit so they can dance along with the experience; and to relate that experience to contemporary life. Theater Wit’s preference is to focus on local premieres but does not preclude revisiting classic plays from new perspectives.

About L. Walter Stearns
L. Walter Stearns is a champion for Chicago artists and has overseen the physical and cultural revival of the beautiful Mercury Theater Chicago. He has directed over 40 musicals including his Jeff Award-winning productions of Spamalot, The Addams Family and Ragtime as well as the Jeff Award nominated productions of Mary Poppins, The Producers, The Addams Family, Avenue Q, The Color Purple, Barnum-The Circus Musical, The Christmas Schooner, Nine the Musical, Ragtime, Gypsy, The Secret Garden, Sweeney Todd, Company, A New Brain, Into the Woods, Merrily We Roll Along and Falsettos. He was pleased to produce The Man Who Murdered Sherlock Holmes, which was awarded the Jeff Award for New Work. He opened the new Venus Cabaret Theater with Stephen Sondheim’s Company and Stephen Schwartz’s Pippin. Walter has received Jeff Awards, BroadwayWorld Awards, After Dark Awards, the Larry Sloan Advocate Award (for his support of Season of Concern), the first Guy Adkins award for his contributions to the art of musical theatre and the Franny Award as a distinguished alumnus of the University of Illinois at Chicago. Support and learn more about the reopening of the Mercury Theater at https://www.mercurytheaterchicago.com/

About Eugene Dizon
Eugene has been musical directing for over two decades garnering 6 Jeff Awards (Ragtime, Sweeney Todd, Amadeus, Company, Into the Woods, Merrily We Roll Along), as well as Jeff nominations for A Grand Night for Singing, Candide, Nine the Musical, Closer Than Ever, A Little Night Music, Passion, Colette Collage, and Falsettos; 4 After Dark Awards (Ragtime, Sweeney Todd, A New Brain, Merrily We Roll Along), a BroadwayWorld Award for Mercury’s Avenue Q and a BroadwayWorld nomination for Little Shop of Horrors, Hair, Mary Poppins, and The Color Purple. Additionally, he has musical directed Monty Python’s Spamalot, Pippin, Company, The Producers, and Barnum. Eugene is honored to have been inducted into the Chicago Filipino Hall of Fame and has co-produced 6 “Season of Carols” CDs, the most recent CD “Second City Divas Live in Concert at Mercury Theater Chicago”, for which Season of Concern awarded him the 2013 Larry Sloan Advocate Award and the Season of Concern 2018 Larry Sloan Legacy Award for “consistently and passionately being a trailblazer on behalf of Season of Concern.” Eugene is excited to start this new chapter of Mercury Theater Chicago with this amazing team of theater professionals. Support and learn more about the reopening of the Mercury Theater at https://www.mercurytheaterchicago.com/