Music of the Baroque – The Brothers Haydn 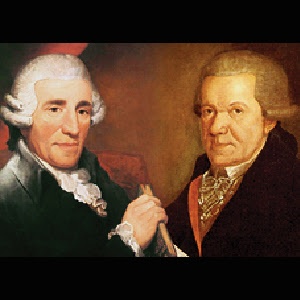 Music of the Baroque presents
The Brothers Haydn

The musical brothers Haydn were no strangers to sibling rivalry. Joseph traveled in fancy musical circles in Esterházy; Michael set up shop in Salzburg where he became friendly with the Mozart family. Decide for yourself who was better as Dame Jane Glover leads a celebration of each man’s unique artistry. Featured works include Michael Haydn’s Symphony No. 26—until 1907, believed to be by Mozart—and Joseph Haydn’s Creation Mass, declared by one of his contemporaries, “the greatest work of a very great man.”