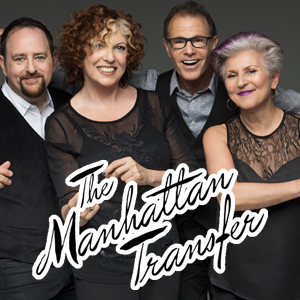 Beginning with their first performances in the early 1970s, The Manhattan Transfer have become the cornerstones of contemporary music. Originally launched by Tim Hauser in 1969, Hauser, Alan Paul, Janis Siegel and Laurel Masse were the group by 1972. Cheryl Bentyne joined the group in 1979 after Laurel Masse left. Known for their amazing harmony and versatility, incorporating pop, jazz, R&B, rock and roll, swing, symphonic, and a cappella music, the group was signed by the legendary Ahmet Ertegun to Atlantic Records. The group made their recording debut with their self-titled album in 1975. Known primarily as an East Coast cult act, they expanded their following by starring in their own 1975 CBS-TV variety series as a summer replacement for the Cher Bono Show. Starting as an underground group in New York City, The Manhattan Transfer garnered international popularity when “Chanson D’Amour” from the 1976 Coming Out album became a number one hit in Europe. 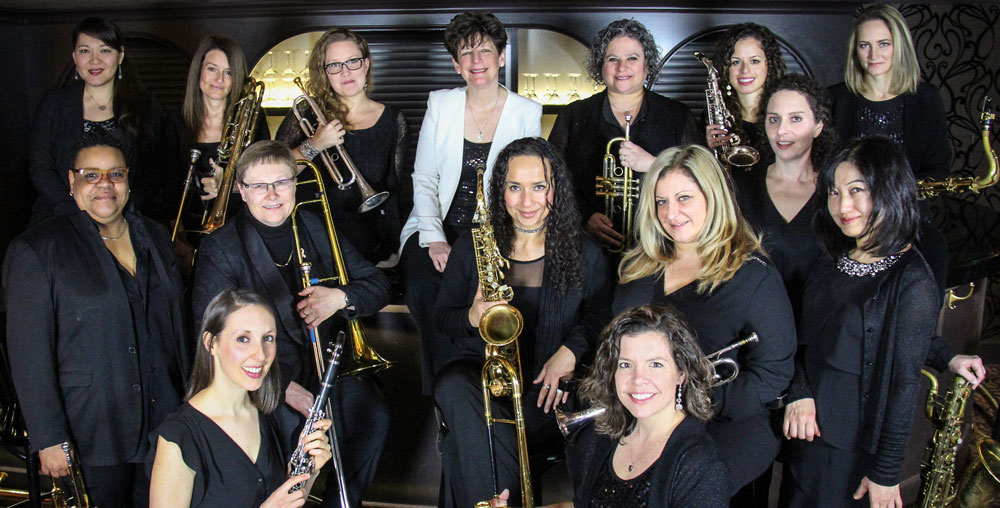 Hard-charging. Powerful. Immersed in the history of their craft and in total command of their instruments. That’s DIVA – an ensemble of 15 extremely talented and versatile musicians who just happen to be women. They can’t help it – they were born that way.

Headed by swinging drummer Sherrie Maricle, DIVA exudes the excitement and force found in the tradition of the historic big bands but with an eye towards today’s progressive sound of originality and verve. With New York as their home base, DIVA performs all over the world playing contemporary, mainstream big band jazz composed and arranged to fit the individual personalities and styles of the musicians themselves. Audiences can expect to hear high-energy performances packed with unique improvisation, spontaneity, and fun.

The inspiration for DIVA came from Stanley Kay, one-time manager and relief drummer for Buddy Rich. In 1990, Kay was conducting a band in which Sherrie Maricle was playing the drums. Stanley immediately picked up on her extraordinary talent and began to wonder if there were other women players who could perform at the same level. In 1992 the search was on, and through nationwide auditions the foundation for DIVA was poured. What emerged is the dynamic musical force that holds forth to the present day.