THIS PERFORMANCE WILL TAKE PLACE INSIDE IN THE CENTER THEATRE 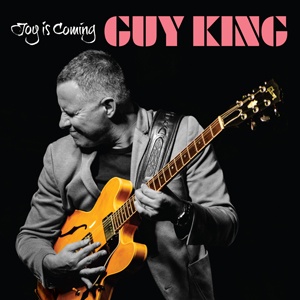 A joyous family affair! In support of his brand-new album, the 2017 Blues Music Award nominee, Guy King is joined by singer and wife, Sarah Marie Young. 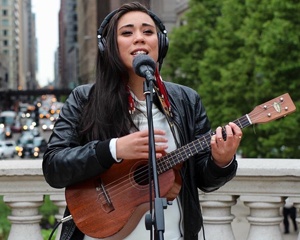 A recent collaborator with Buddy Guy, Postmodern Jukebox and Chicago-band, The Oh Yeahs, Sarah is a Thelonious Monk Competition semi-finalist and won the 2011 Montreux Vocal Competition judged by Quincy Jones. Guy King plays fresh and unique music that displays his natural musical abilities and one-of-a-kind blend of Blues, Jazz, Soul and R&B.  Born and raised in a small rural town in Israel, Guy is an American success story—with an awesome soundtrack. Arriving in the US as a teen, Guy explored the musical traditions in Memphis and New Orleans before his career exploded with success in Chicago.

Joy is Coming – New Studio Album by Guy King
Can’t attend the concert? No problem. You can support Guy King by directly purchasing his music.
Get the new album NOW – Click Here

Guy King has built a reputation as one of the greatest blues and jazz artists to come out of Chicago in recent history, but his newest and soon to release album “Joy is Coming” establishes him as much more than that. The autobiographical “Joy is Coming” sees King showcase his songwriting chops bringing to mind Bill Withers, Eric Clapton and Steely Dan whilst presenting King’s true artistic voice.

His unique approach to the guitar has been compared to jazz legend Wes Montgomery and blues legend Albert King. As he has graced stages around the world, he has captured the attention of fans and guitarists everywhere. Guy King’s “Joy is Coming” is a soulful and inspiring compilation of songs, straight from the heart.

Seven of the songs are co-written with legendary author/songwriter David Ritz (Sexual Healing) and on “Joy is Coming” he and King collaborate to tell a truly unique and inspiring story.

Against the backdrop of immaculate production and arrangements, King’s story is front and center with room for his undeniable guitar and vocal prowess to shine – this is King’s true voice and a breakthrough artistically.

“Joy is Coming” was produced by Guy King and co-produced by guitar great Josh Smith. The single and music video “Devil’s Toy” features the great Joe Bonamassa. The intertwining of Guy’s masterful guitar, breathtaking vocals, creative string arrangements and heartfelt songs make “Joy Is Coming” an album everyone should have.

Joy is Coming – New Studio Album by Guy King
Can’t attend the concert? No problem. You can support Guy King by directly purchasing his music.
Get the new album NOW – Click Here

“Believe Us:  One of the greatest contemporary blues musicians has arisen.”
– SoulBag Magazine

In Chicago, Guy quickly gained recognition and joined Willie Kent’s band, serving as his lead guitarist and band leader for a period of six years, until Kent’s passing in 2006. Afterwards, Guy started his solo career, performing at the city’s top venues.

Playing at a pace of 250-300 shows a year, Guy had the pleasure and honor of opening the shows for B.B. King and Buddy Guy. Guy has toured the world and has performed in Japan, France, Belgium, Switzerland, England, Italy, Mexico, Argentina, Chile and Brazil.

In 2009, Guy released his first solo album Livin’ It, which was well-received by the public and media alike. His initial success has opened the doors for two more albums since: I Am Who I Am And It Is What It Is and By Myself. In 2015, Guy was signed by Chicago’s Delmark Records to record the 2016 album Truth. Truth reached #1 on The Roots Music Report’s Contemporary Blues Chart, hit #5 on Living Blues Radio Chart, and has received rave reviews worldwide.

Named as Chicago’s Latest Royalty by Vintage Guitar Magazine, he continues to perform, write and record new material with an ear sensibly tilted toward producing great music: taking the varied music he loves and recasting it in new directions.

What Are the Critics Saying?

“Guy King has demonstrated his remarkable musical breadth with regular solo gigs, blues and jazz vocals and instrumentals. With his dramatic vocals, virtuoso guitar playing, clever songwriting and savvy band-leading and arranging, he has transformed the intersection of Ray Charles, Wes Montgomery and Albert King (plus other equally exemplary inspirations) into a sophisticated and compelling persona. As a record producer for four decades and counting, I’m extra proud of Truth, and Guy King should be too.  The people for whom I’ve previewed Truth have been uniformly blown away.  There’s a reason for that; in fact, many.  Check it out!”
– Dick Shurman, Producer and Blues Hall Of Fame Member

“This album announces the arrival of one of Blues Music’s brightest up-and-coming stars and you’d be hard pressed to find a more polished, sophisticated, accomplished all-round artist on today’s contemporary blues scene. A soulful vocalist, King’s fretwork is informed as much by Wes Montgomery as it is B.B. King. His music blurs the line between blues, soul, R&B and jazz.”
– Al Hensley, Rhythms Music Magazine, Australia

“King marks his solos with wide bends and a vibrato that hint toward B.B.’s greatness without surrendering his own personality on the instrument. That is a unique ability King has. He’s able to show off influences like Ray Charles, Albert King, Percy Mayfield, Johnny “Guitar” Watson, and plenty of others without losing his own musical identity. Whether covering his heroes or playing originals (many co-written with music biographer David Ritz), King makes this music fresh and vibrant. It’s significant that this is King’s debut for Chicago’s Delmark Records. That city, and one of his heroes, Buddy Guy, has welcomed him with open arms. And, it’s well deserved.”
– John Heidt, Vintage Guitar Magazine

“…So, it is especially gratifying when an up and coming artist of this caliber finally gets their due. There is a point at which they have officially “arrived.” For Chicago’s Guy King, that time is now. Actually, his talent has been recognized and appreciated for some time, but now he is becoming more well-known on a national and international level, and rightly so. Guy’s playing is never hurried or crowded. He never intrudes on a moment, but instead, caresses them. Yes, there are touches of B.B. King, Albert King, and Wes Montgomery; but make no mistake, Guy King has his Tele testifying from his heart. There is a sophistication here that alludes to those brilliant and beckoning well-dressed lines of Strayhorn and Ellington, but always with the whimsy of Ray Benson, and the enthusiasm of Charlie Christian. The entire band is so together, it’s a joy to hear. And King’s vocals are smooth, with just the right touch of smokey. Would we recommend this to a friend? You bet; in fact, to all of them! Pick this album up soon.”
– Barry Kerzner, www.chicagoblues.com

“His name is Guy King and his new album Truth has just been released by Delmark. Right there, that should tell you something as Delmark is not in the habit of putting out music that is half-baked and King is a great vocalist in the jazz blues field. Born in rural Israel, King discovered the blues at an early age and when he came to the United States, he steeped himself in the music of New Orleans and Memphis before making his way to Chicago where he became a fixture in many of the clubs. King plays his own style of blues. It’s the blues with a smattering of soul and a heaping helping of swing jazz. His vocal style is fluid, he has a great smooth voice and his guitar work is impeccable. Listening to the album immediately puts you in the swankiest nightclub in town – the kind where everyone in the big band on stage is all dressed in tuxedos and evening gowns. It’s the kind of album I could listen to all day and never grow tired of a single song.”
– John Porter, Time For The Blues Blogspot 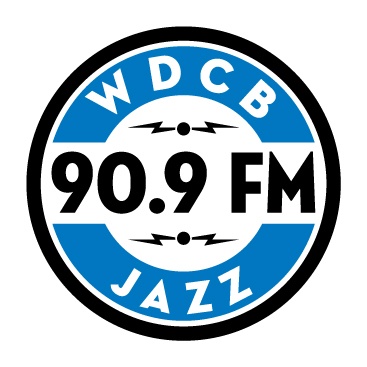