Music of the Baroque: Baroque Heroes 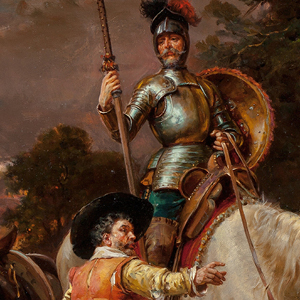 Music of the Baroque: Baroque Heroes

Guest conductor Patrick Dupré Quigley explores the concept of “hero” in an energetic, whimsical program. The soloist is the hero of C. P. E. Bach’s Cello Concerto. From the ridiculous to the sublime, Telemann and Rameau offer rich musical depictions of literary heroes. And J. S. Bach was his son’s hero. As C. P. E. wrote in his father’s obituary, “Our Bach was the greatest organist and clavier player that we have ever had.”